I encounter a piece of code which bugs me:

Later on, these two array are pass to all kind of method and constructors together for example:

While this is correct, light on the memory, and use fewer CPU resources (less like of code run, smaller Big O), it welcomes all short of possible bugs, for example, lets say you add an image and forgot to add a name. You get mismatch arrays. Your code breaks. This issue is common if you are building these arrays dynamically; therefore, why not keeping the information together?

There are different ways to handle this

One way would be to create a class which holds these two items (image and image name). Then, you can create an array of objects.

Then, you can iterate them:

Now, this is cleaner than before.

However, lets say you don’t wish to use a (public or private) class, then what to do? Well, you could use our old friend LinkedHashMap, which works like a HashMap; however, it keeps the order in which the elements were inserted into it.

Now, here there is a problem. While you can iterate each of these items and get them based on the key (name), you cannot access them with an index. Do not despair! There is a solution around it by using the entrySet() method which is offer with the LinkedHashMap. The entrySet() method returns a set view of the mappings contained in the map. Lets see how it can help us:

As you can see, without creating a container, such as a class, we can use an index to obtain the information and keep track of each pair.

Each time I need an application, I encounter that those publish never fit my needs. However, I am lucky! I can make them myself.

Recently, I decided to create an exercise app that fit my purpose. Therefore, I began developing for Android again.

A few months ago, my Microsoft Phone’s battery gave up and a massive deployment to production was coming which required me to be available; therefore, I purchased the first Android I could find. For those who wonder why I had a Microsoft Phone, I was developing apps using Universal Windows Platform using HTML5, JavaScript and the WinJS library. Pretty slick; however, there were bugs and poor designed features which made people drop the Windows Phone. No even Verizon Wireless support it. A shame

Anyways, you folk are not reading this post to listen to my poorly written stories but to find a solution to your problem such as dealing with messages as:

These error messages are common when working with the UI and trying to do transactions with the database via Room.

For those who don’t have the time or patience here is the code I use more often from all the other solutions:

So far, this is the easier and straight forwards solution that have being working for me.

And used combinations of Thread and runOnUiThread:

I even took a look into RxJava which is a “Java VM implementation of Reactive Extensions: a library for composing asynchronous and event-based programs by using observable sequences.”.

There are many ways to tackle this issue as you can see. The trick here is to understand how android handles threading and UI threading; however, such topics are for another post.

Cupid-4-stupid is now for the Nook Color and Tablet! 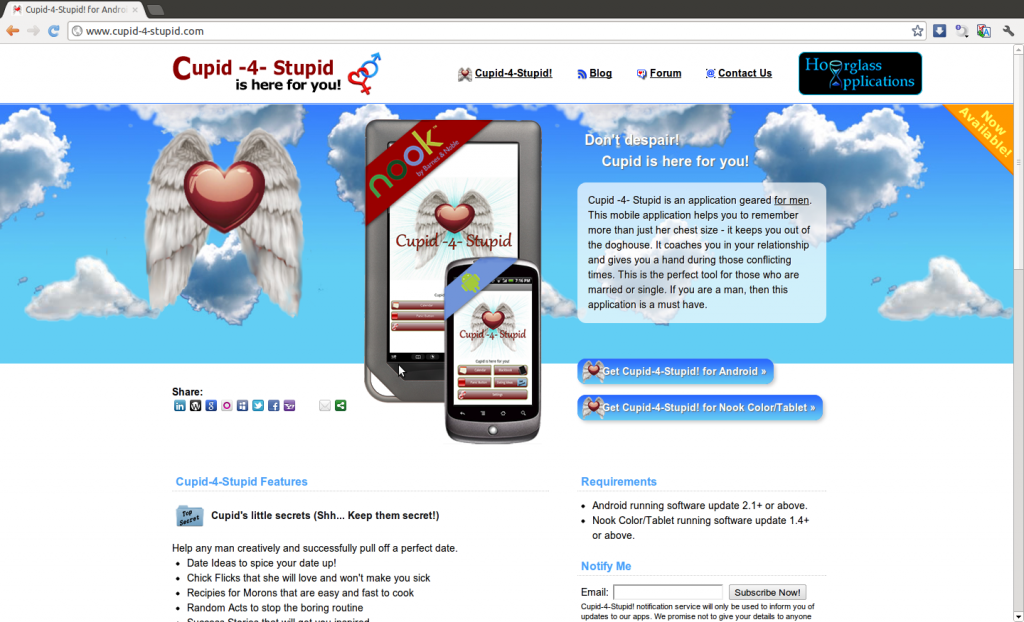 After going throw the whole process established by Barnes & Nobel, we accomplish to modify our Android application so it can work on the Nook Color and Nook Tablet.

After coming back from my trip to Argentina, I got a wonderful surprise. My friend David gave me a brand new Nook Color!

My first step was to do the registration at the Nook developer website (https://nookdeveloper.barnesandnoble.com/).

To obtain the provision.cmd file normally you would go to the Developer Mode form inside the website (after login in).
You must fill the form with the serial number of your Nook and in return the form would give you a file provision.cmd.
Be aware that this file only enable your device for develop mode only for 180 days. After you must repeat the process.

I must confess that this second step didn’t work for me. The Developer Mode form was not recognising my Nook Color’s serial number.
It took me two weeks to obtain this file. First, I chat with technical support. Technical support provide me a 1-800 number.
I called the 1-800 number. I have to talk with four people until someone understood that I was trying to test my application on the Nook instead of trying to root (hack) the device.
The last person provide me an email: nookdevelopertech@bn.com
After going back and forward, they were nice enough to send me the file I needed.
I hope that now the Developer Mode form is working properly in case I need to do more testing in 180 days.

Here are some pictures of how the application is looking in the Nook Color: 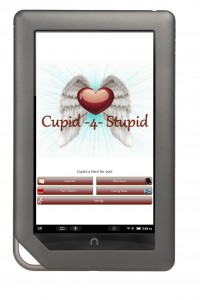 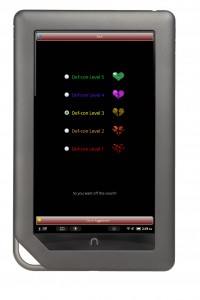 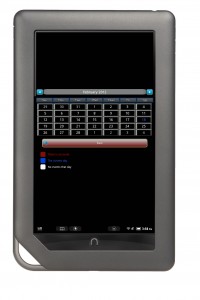 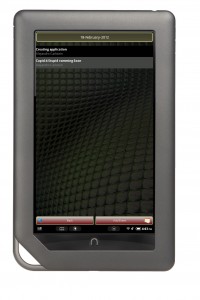 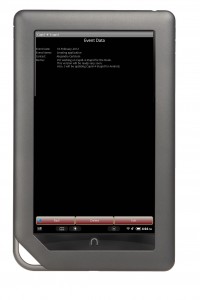 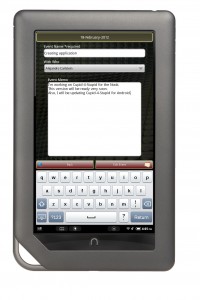 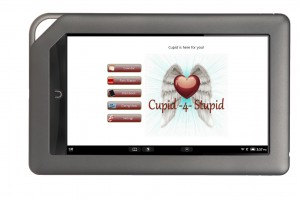 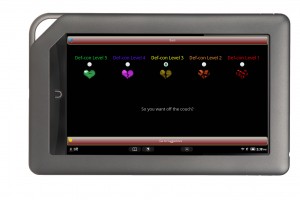 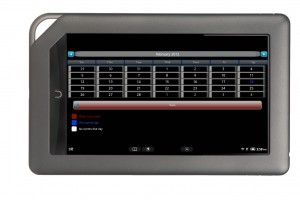 However, after doing some research, we managed to pin point the issue and fixed.

The following is a tutorial about how to create your own browser using WebView and make it work:
We assume that the browser is going to be an activity that will be called from another activity; however, that doesn’t mean that it cannot be your main activity if you wish.

Let me know if you encounter a problem.