NOTIFICATION: These examples are provided for educational purposes. The use of this code and/or information is under your own responsibility and risk. The information and/or code is given ‘as is’. I do not take responsibilities of how they are used.

Introduction To Network : The Internet

The Internet is a network which connect networks around the world. Each end system (normally end users computers) obtain access thought an Internet Service Provider (ISPs). 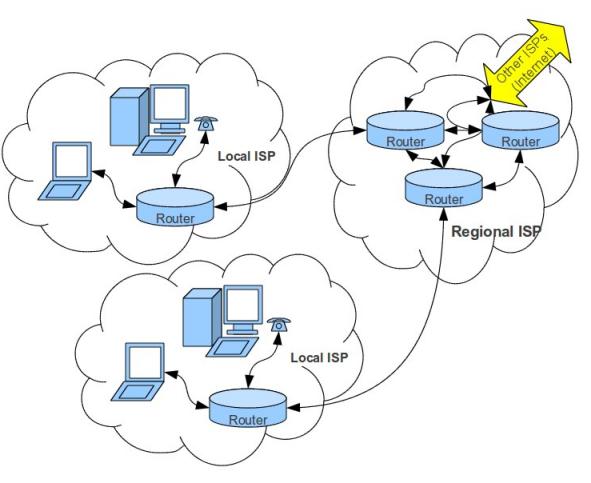 A protocol is a way in which rules for communication are established. For example, in a court, there is a procedure and language that must be follow in the process. A network protocol will define a language of rules, format, order of messages, entities, actions to take, and convention in order to the message being transmitted. 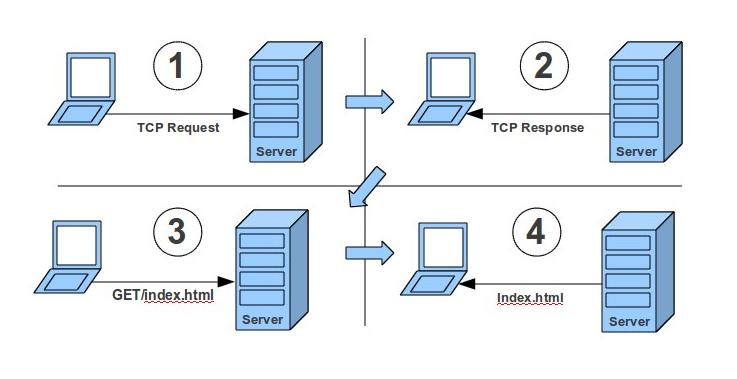 A protocol divided the components needed for transition of messages in modular layers (modulation of the components helps to maintain, update, and/or perform changes to the component). The implementation of layers must be done in the way that it is transparent to the rest of the system as will be explained later. The following image provide an example of the actual layers used for the TCP/IP protocol and the protocol layers recommended by the OSI model. 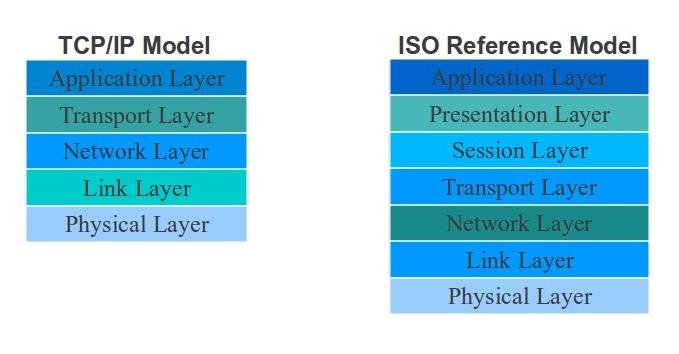 As you can witness, in the actual TCP/IP protocol, we have five well defined layers. 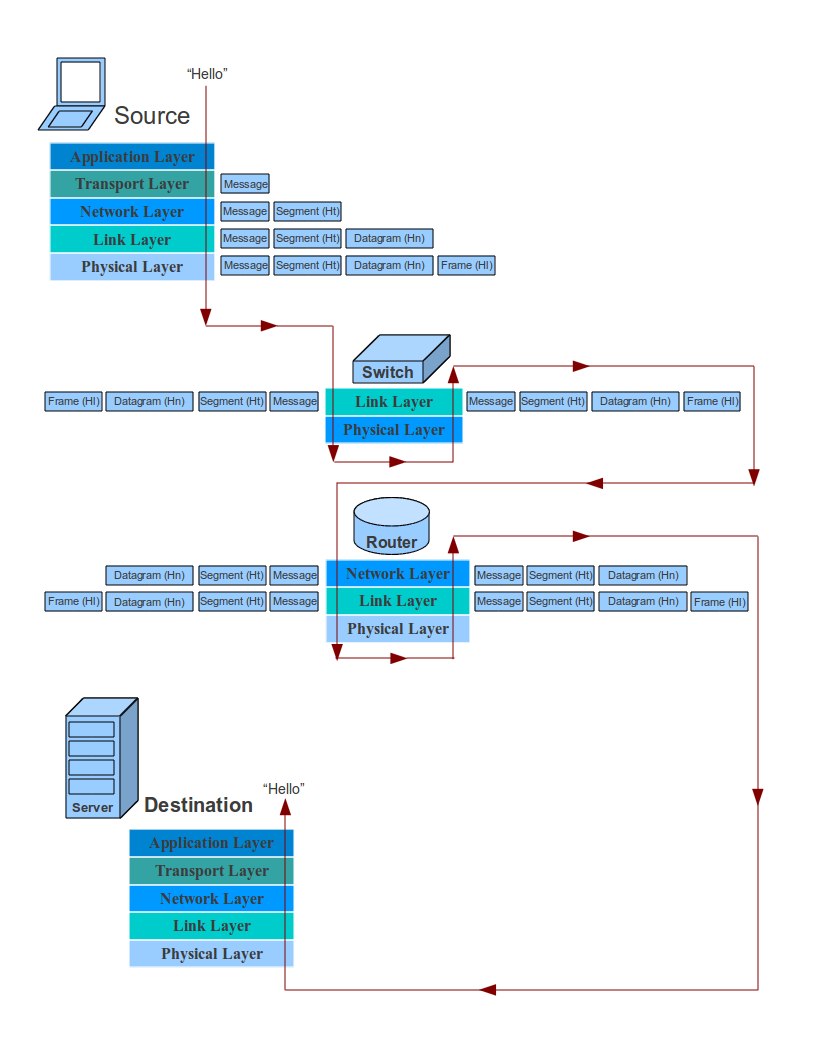